The reviews are in! Thank you Sal Pizarro!
READ UNDER “TWO OF A KIND”

TWO OF A KIND: Also Monday night, Gary De Mattei made a wonderful return to the Theater on San Pedro Square, the venue he helped build before leaving for New York a few years ago to be with the love of his life, Caryn Hartglass.

The couple, performing as “The Swingin’ Gourmets,” provided a nearly packed house (which included De Mattei’s sister, San Jose City Manager Debra Figone) with a cabaret style show, singing about their love of each other and living vegan.

The vegan lifestyle seems to agree with De Mattei, who says he’s lost about 100 pounds and was wearing a tuxedo that was positively hanging on him.

The show was a benefit to support Responsible Eating and Living (REAL), the nonprofit that Hartglass founded after surviving cancer.

Let the Swingin' Gourmets cook up something special for your next fundraiser or special event. Get all the info here. 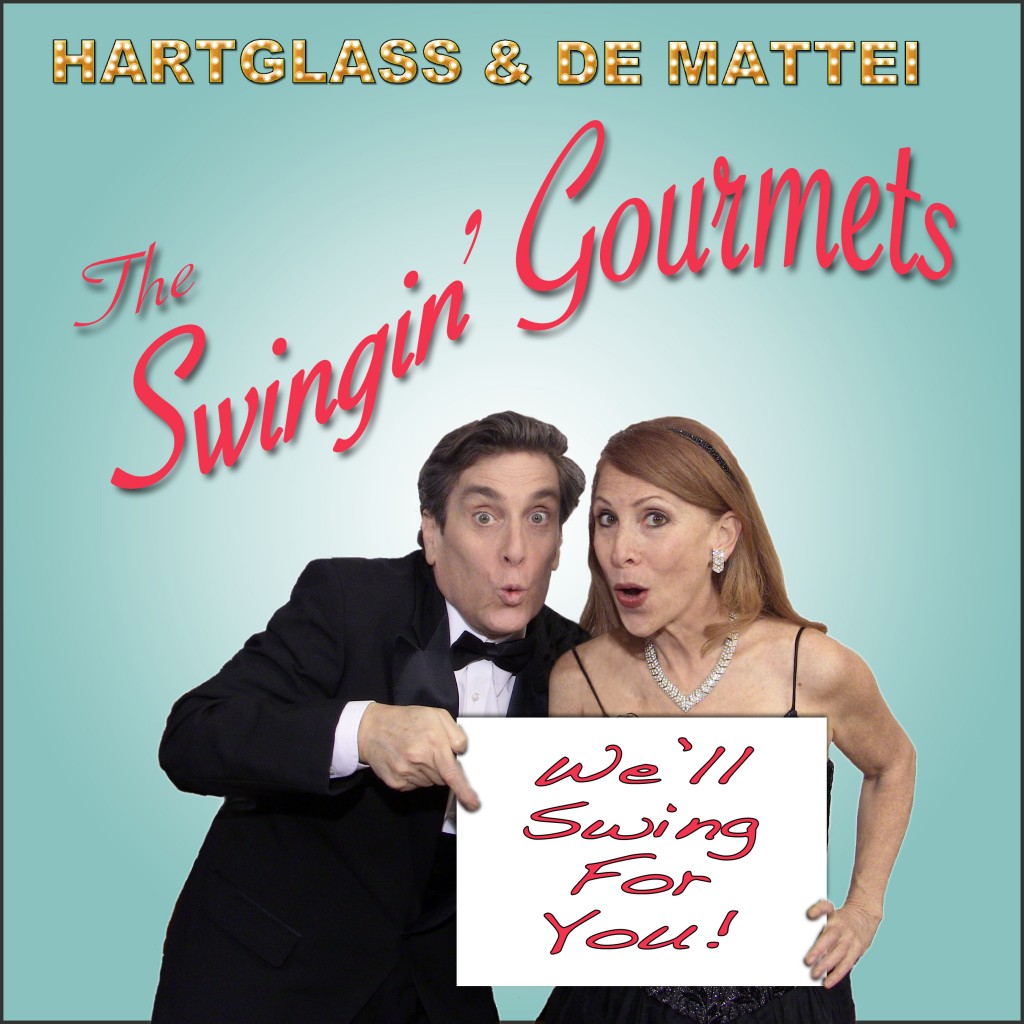